“We sailed well, we almost went undefeated,” said Maxwell. “In my boat it was the teamwork, the boat handling. My crew was amazing. There were times we were behind, but we did a lot of boat handling around other teams. Erika and I worked well to pin people. The teamwork within our team, the boat handling, really helped us around the course.

“Our two boats sailed very well together. Sometimes when you have a lot of great sailors, they don’t always mix well. But we happened to mesh very well.” 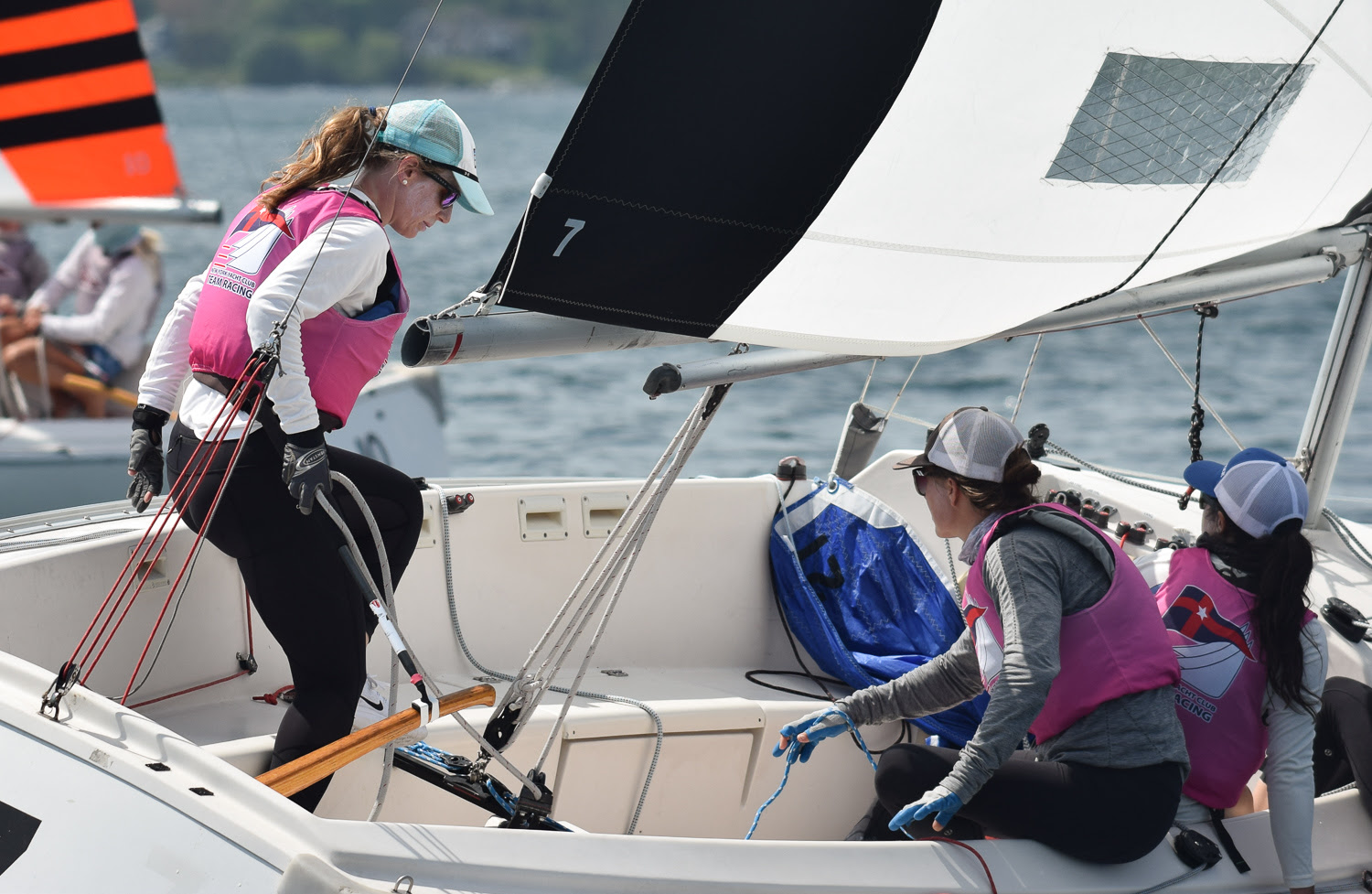 Maxwell (at right, holding tiller) didn’t just sail in the regatta, she was also the driving force behind it. For the past decade, the New York Yacht Club has hosted each August a trio of team races that draw top competitors from around the country and abroad. Each event is coed and, due to the age restrictions for two of the three regattas, caters to a different demographic. But this regatta was the first women’s-only team race the Club has hosted.

The response was significantly better than expected, with twice as many requests for invitation as there were spots available, and an incredible array of talented women sailors, including world champions, Olympic medalists and America’s Cup sailors.

“I’ve been trying to get more women’s team racing in general post-college because there’s not a lot of opportunities for women to do team racing,” says Maxwell. “So I and a few others at the Club came up with this proposal in the fall and put it forth to the Sailing Committee. It was approved, and we started creating the event in the winter.” 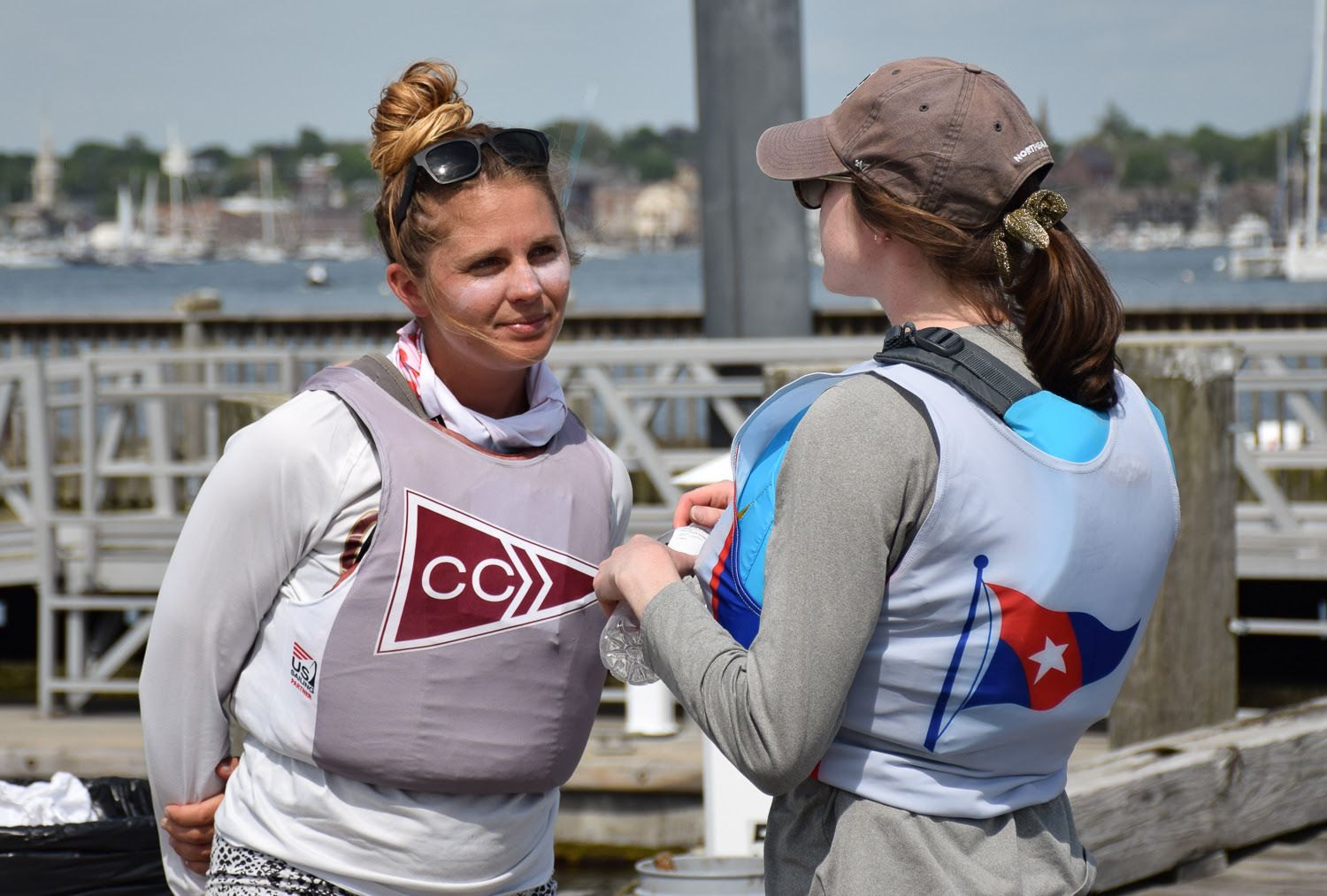 Just getting the event off the ground, especially after such a challenging year for any sporting event, was a victory. The smiles on the face of all the competitors and the easy camaraderie in the parking lot after racing were unassailable proof that the event was a success for each team, regardless of the final standings.

Winning the title as well was icing on the cake for Maxwell, who earned All-American honors at Boston College. But she’s already looking ahead.

“I think this event will continue to further women’s sailing and give more opportunities for women to continue team racing and to sail every position on the boat,” she says. “Often, when you’re sailing a coed team race, you’re not driving or trimming main, you’re more in the front of the boat. You might also see more additional clubs popping up with events, and hopefully there will be a women’s team racing circuit eventually.”

*First through sixth sailed in the Gold Round Robin, seventh through 10th in the Silver Round Robin

Ulysse Nardin has announced its partnership with The Ocean Race