For the Clipper Race fleet, Race 11 conditions have been hot, sticky and the winds fickle. However, the last 24 hours saw the competition heat up and get a notch more exciting. The fleet leaders battled it out past the second Mandatory Finish Gate, in an unbelievably close race to the line.

Punta del Este Skipper, Jeronimo Santos Gonzales, reports: “A day earlier we thought that in these wind conditions, WTC Logistics at 37nm (ahead) was too difficult to overtake and we almost resigned ourselves to defend our temporary second position instead of aiming for first. 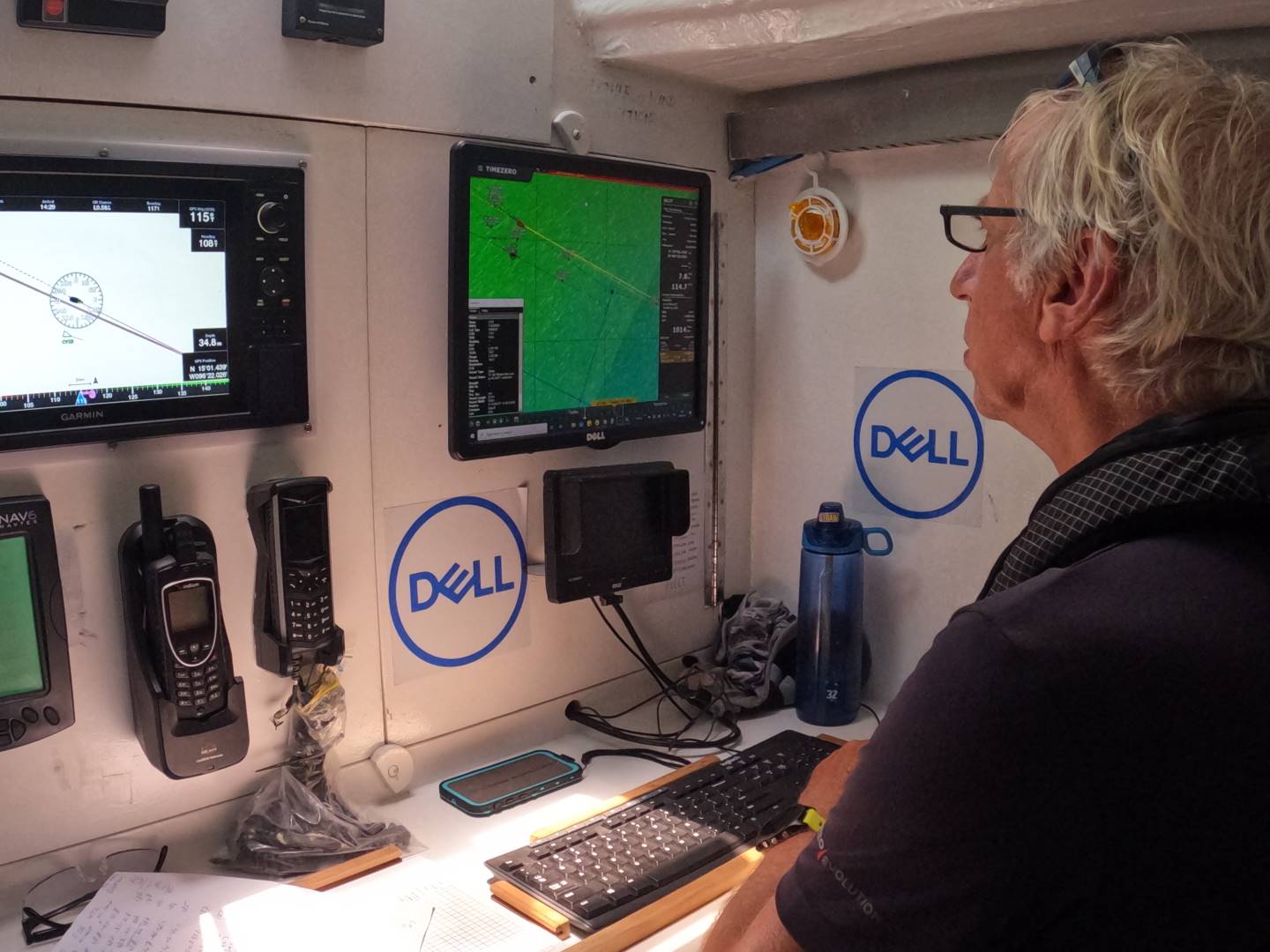 “However, it only takes one moment and we took it – one wind shift and stronger winds near the coast is what it took to shorten the distance to 1nm to the finish line. After a speed battle, we crossed the line 0.8nm ahead. Remember WTC Logistics is a worthy adversary and they are not slow by any means but it shows how a lot of effort and determination pays off.”

Dan Jones, WTC Logistics Skipper, having passed the line just 6 minutes behind Punta del Este told us: “Approaching the line, we were side by side with Punta del Este for 8 hours, making for exhilarating racing with sometimes less than 300m difference to the line.

“Congratulations to Punta del Este for just beating us to it, about 6 minutes ahead after 3000nm of racing. Really crazy when you think about it. Now the race is on for our next goal: Finish Gate 3, bring it on!”

Punta del Este and WTC Logistics are now (as of 11:00 UTC) neck and neck at the front of the fleet, with less than 1nm between them as they head toward the next Mandatory Finish Gate, off the coast of Guatemala. With light winds ahead, it will be a game of tactics and seizing opportunities to maintain the top position. 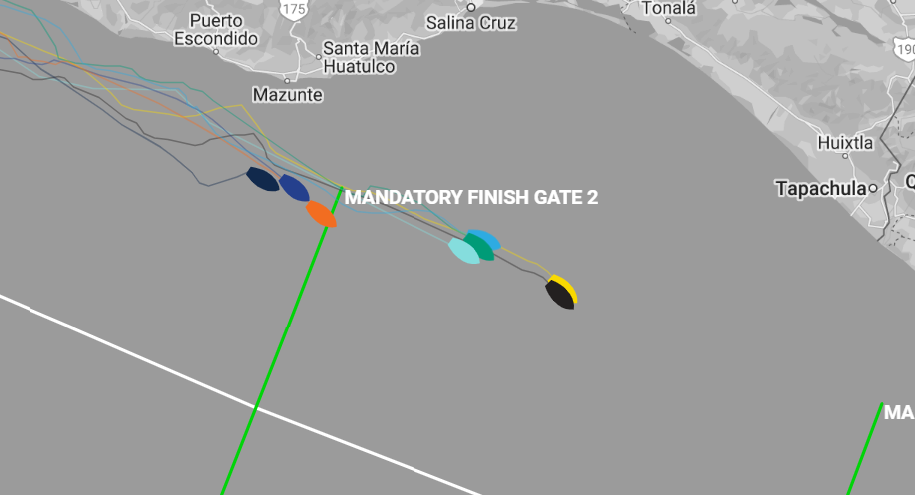 The excitement isn’t limited to the frontrunning pair however, as GoToBermuda, Unicef and Ha Long Bay, Viet Nam remain hot on the leaders’ heels, and the three yachts had their own close scramble for third place across the second Mandatory Finish Gate, crossing within an hour of each other this morning.

David ‘Wavy’ Immelman, Skipper of GoToBermuda led his team to secure third place across the line, crossing at 00:35 UTC today (19/05/22). Prior to crossing he reported back on the action: “This morning we all gybed over and headed to the gate expecting the westerly to fill in. It did and we are all popping between 8-10 knots of boat speed. Relatively flying after the last few days. Ian [Unicef Skipper] is with us on GoToBermuda, but to windward, about 2 miles down and Josh [Ha Long Bay, Viet Nam Skipper] a little behind but with a better wind angle. 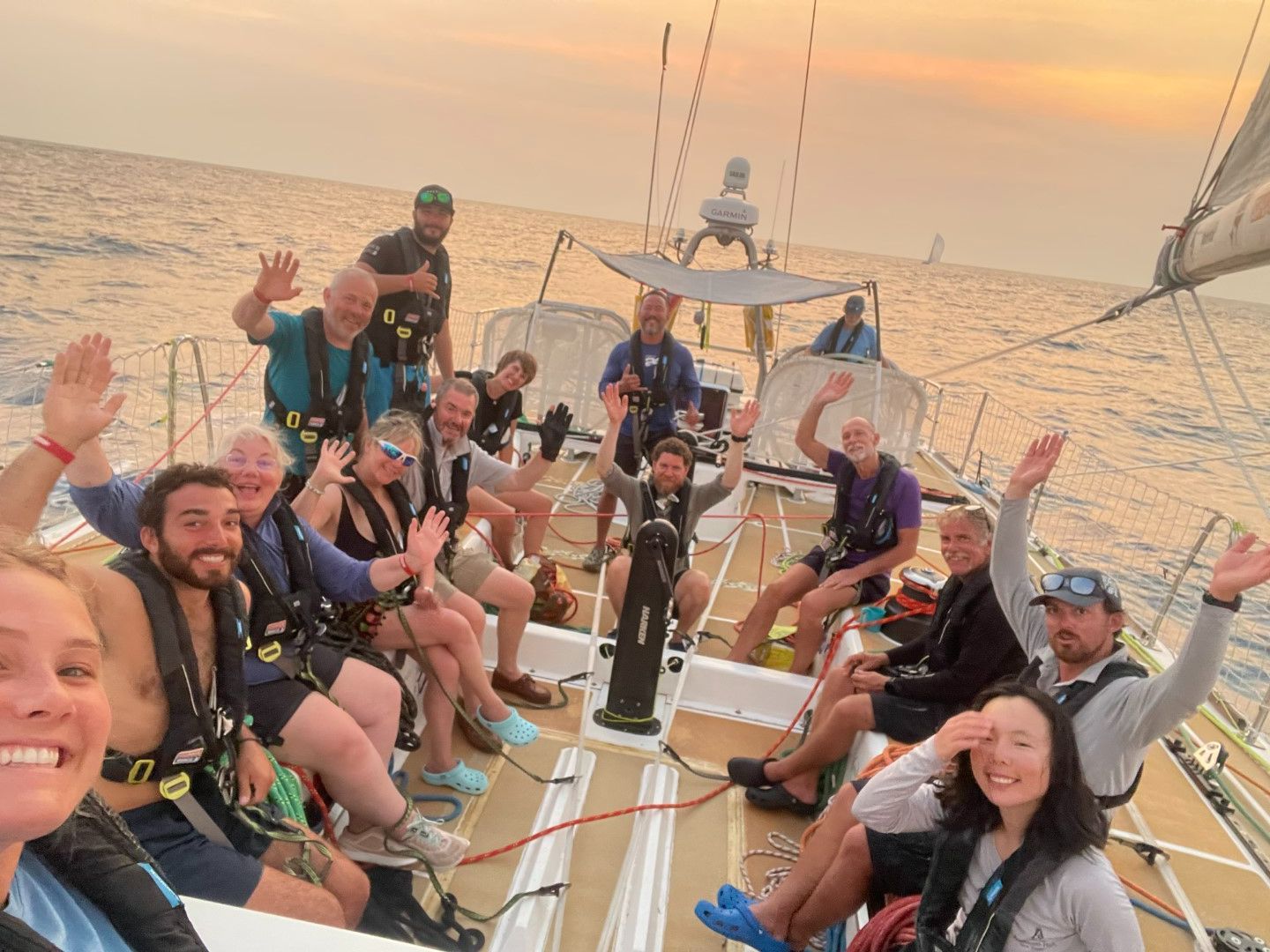 “All three boats have proved themselves to be fast and all sailed well, so now it is down to concentration, trimming and the determination of the crews. I know I could hold off writing this until we have crossed, but to me this is far more exciting to share while it is happening.”

Ian Wiggin, Unicef Skipper said: “The 80nm we raced during the day was the most exciting and intense of this race so far as we drag raced under spinnaker to Mandatory Finish Gate 2. Never more than a few miles apart, the duelling was intense. Well done to the team on GoToBermuda, very well deserved. I am content with the final result for this finish gate. Having raced 3300nm and to be within 800 metres is really quite astonishing.”

It’s all to play for in this race with fickle conditions and close racing. The leading yachts are making headway towards the third Finish Gate, sailing at 5-7 knots, however with the winds lightening, tactics will be critical. Keep up with the action over on the Race Viewer.

El Ojo – The circular island that moves by itself

This website uses cookies to improve your experience while you navigate through the website. Out of these cookies, the cookies that are categorized as necessary are stored on your browser as they are essential for the working of basic functionalities of the website. We also use third-party cookies that help us analyze and understand how you use this website. These cookies will be stored in your browser only with your consent. You also have the option to opt-out of these cookies. But opting out of some of these cookies may have an effect on your browsing experience.
Necessary Always Enabled
Necessary cookies are absolutely essential for the website to function properly. This category only includes cookies that ensures basic functionalities and security features of the website. These cookies do not store any personal information.
Non-necessary
Any cookies that may not be particularly necessary for the website to function and is used specifically to collect user personal data via analytics, ads, other embedded contents are termed as non-necessary cookies. It is mandatory to procure user consent prior to running these cookies on your website.
SAVE & ACCEPT